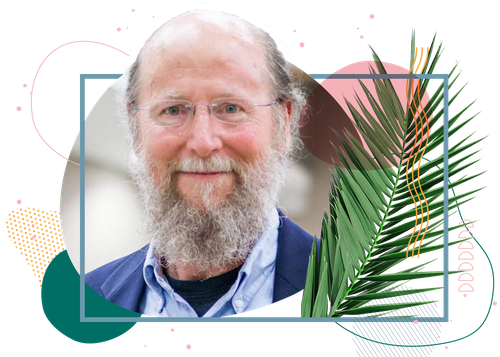 Rich Sutton, a University of Alberta computing science professor, a fellow and Canada CIFAR AI Chair at Amii, and one of the founders of modern computational reinforcement learning, has been elected as a fellow of the venerable Royal Society, the world’s oldest national scientific institution.

Sutton, who joined the U of A’s Faculty of Science and Amii in 2003, was called to the United Kingdom's 360-year-old national academy of sciences thanks to pioneering an approach to artificial and natural intelligence that emphasizes learning and planning similar to how humans learn through trial and error, and a field in which he continues to lead the world.

“I am deeply humbled and honoured to join the ranks of Isaac Newton and Charles Darwin as a fellow of the Royal Society,” said Sutton, who is also the chief scientific adviser for Amii, an Edmonton-based organization designed to advance scientific research and accelerate the adoption of AI in industry in the province.

Michael Bowling, colleague and friend who arrived in Edmonton the same year, said when Sutton came to the U of A he not only brought a notoriety necessary to launch an AI enterprise, he brought his own brand of leadership.

“I don't think I would be the same researcher today if it wasn't for Rich arriving at the same time,” said Bowling, also a fellow and Canada CIFAR AI Chair at Amii who, along with Sutton, is a member of DeepMind, one of the world's leading AI research companies. “That notoriety he brought in and the funding he brought, he spread it around to the colleagues around him.”

Now, as the world starts seeing the potential of AI that Sutton saw nearly two decades ago, Bowling said they're realizing the legacy that Sutton laid with the research he has done and continues to do.

“He is one of these people that you can say, ‘He wrote the book on his field,’ and he absolutely did,” said Bowling of Reinforcement Learning: An Introduction, which Sutton wrote based on his joint work with Andy Barto.

“Anyone who's gone anywhere in reinforcement learning has read that book, and it's shaped how they think about it.”

Sutton was originally brought to Edmonton with money from a provincial funding envelope to create what is now Amii. Alberta Innovates, the provincial corporation advancing research and innovation in Alberta, and its legacy organizations have provided long-term funding to support Sutton’s work, including $8.8 million toward his role as iCORE/Alberta Innovates – Technology Futures Chair in Reinforcement Learning and Artificial Intelligence from 2003 to 2018 and more than $35 million in funding to Amii since 2002.

His renown and innovation immediately legitimized efforts to create an artificial intelligence hub in Edmonton with the U of A at its apex. Proof of that came in July 2017, when DeepMind chose Edmonton as the location of its first international research lab outside the U.K. At the time, DeepMind CEO and co-founder Demis Hassabis said the company chose Edmonton because of its relationship with Sutton and the U of A's computer science program.

"Since his arrival in Canada in 2003, Rich has been central in the exponential growth we've seen in Alberta's AI excellence,” said Cam Linke, CEO of Amii. “From advancing the leading edge of reinforcement learning to training the next generation of computing scientists—many of whom have gone on to become global leaders in their own rights—we are proud of his exemplary leadership and his devotion to the field of AI."

Sutton has also supervised dozens of graduate students, many notable, including David Silver, a U of A PhD graduate who, fittingly, was also elected to the Royal Society for his contributions to reinforcement learning.

Silver, who now leads the reinforcement learning research group at DeepMind, caught the world's attention in 2015, when AlphaGo, the program he started during his PhD studies with computing science professors Sutton and Martin Mueller (also a fellow and Canada CIFAR AI Chair at Amii), bested the world's Go champion.

“I was never Rich's student in a formal training sense, but I certainly have been greatly shaped in terms of what research I do and how I approach it, and how I think about science,” said Bowling.

“All major areas of reinforcement learning have hundreds of researchers and hundreds of papers being published in them every year—all of that is sitting on top of Rich’s foundational work.”

This article was written by Michael Brown of Folio; read the original article.