Raise a toast to two decades of AI excellence in Alberta

In celebration of Amii’s anniversary, we are proud to present the inaugural AI Week!

From May 24 to 27, attendees are invited to immerse themselves in the deep science of AI & ML.

With experiences for all ages and levels of understanding, this week-long celebration will be full of opportunities to build knowledge, connect with industry leaders and get acquainted with leading AI researchers.

The festivities coincide with Amii’s 20th anniversary -- the organization began in 2002 under the name AICML (the Alberta Ingenuity Centre for Machine Learning) -- and the 5th anniversary of Amii becoming a not-for-profit and national AI institute under the Pan-Canadian AI Strategy.

“We’re thrilled to present AI Week to celebrate the successes of the past two decades and launch our bold vision for Alberta’s future."

“Over the past 20 years, we’ve invested in Alberta’s world-class AI community in order to secure our province’s role as leaders in the global future economy,” says Cam Linke, Amii CEO. “We’re thrilled to present AI Week to celebrate the successes of the past two decades and launch our bold vision for Alberta’s future. There is a massive opportunity for AI and machine learning to drive the diversification of our economy and accelerate competitive advantages for businesses right here in Alberta.”

“We’ve built the foundations, and now’s the time for us all to move forward together into a prosperous future.”

The week-long celebration will include:

Interested in attending? Become an AI Week Insider! Sign up for early-bird access to registration, event details and a chance to win one of three Amii swag packs. 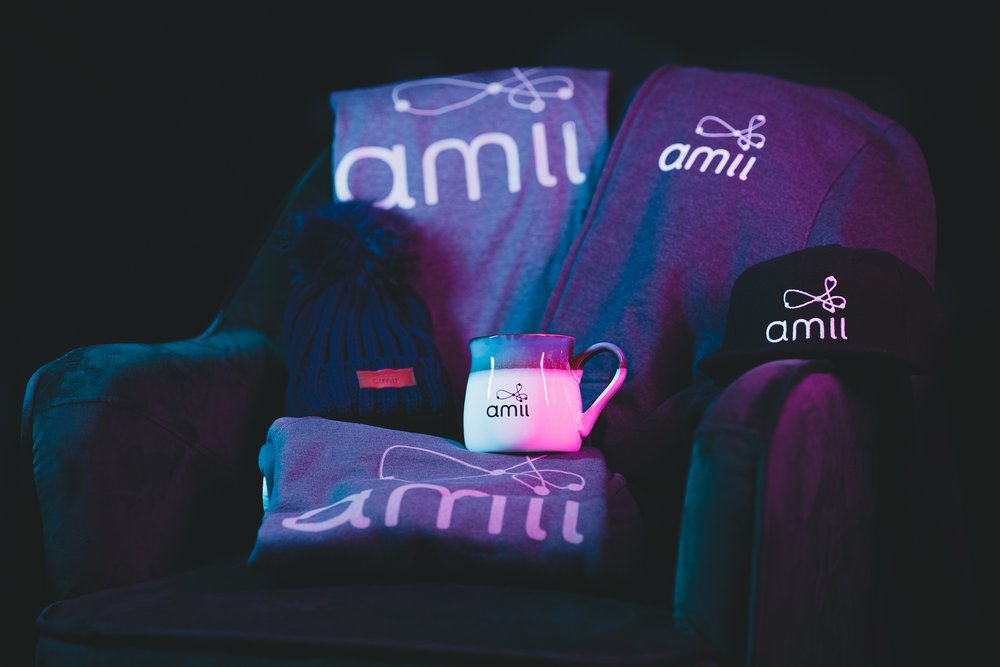 One of Canada’s three centres of AI excellence as part of the Pan-Canadian AI Strategy, Amii is an Alberta-based non-profit institute that supports world-leading research in artificial intelligence and machine learning and translates scientific advancement into industry adoption.

In addition, Amii fosters a growing AI ecosystem of startups, scale-ups, industry leaders and educational institutions. AI Week is an opportunity to celebrate the success and vibrancy of our entire ecosystem.

The Alberta Machine Intelligence Institute (Amii) story began in 2002 as the Alberta Ingenuity Centre for Machine Learning (AICML), a joint effort between the Government of Alberta and the University of Alberta (UAlberta).

Originally funded through the Alberta Ingenuity Fund, the research centre soon became known as the Alberta Innovates Centre for Machine Learning after being brought under the umbrella of Alberta Innovates. In 2017 the centre rebranded as Amii, becoming part of the $125 million CIFAR Pan-Canadian AI Strategy and launching as a not-for-profit in the heart of Edmonton’s downtown core.

Over its eighteen-year history, and thanks to forward-looking investments by Alberta Innovates and the Government of Alberta, Amii has built a world-class team of researchers at the University of Alberta and affiliated institutions.

Since our inception, we have increased research capacity in AL/ML nearly five-fold, starting with four co-founding members at the University of Alberta and now funding the research of 35 Fellows and Canada CIFAR AI Chairs at universities across Canada.

AI Week presented by Amii is an opportunity to celebrate the 20-year history of research in the province and the five-year milestone of the research institute in its current form.

We create the future of AI

“Companies around the world are leveraging AI to be able to create new competitive advantage and to grow. The opportunity we have in Alberta is that that expertise exists right here. This is a once-in-a-lifetime opportunity to invest in that expertise and to create that competitive advantage for the next decade and beyond.” - Cam Linke, CEO - Amii

The opportunity of AI

This technology will touch every aspect of how humans live, work and play. The economic value of being a persistent leader in AI technology is difficult to overstate.

Alberta is home to a thriving AI ecosystem and a burgeoning economy resulting from increased interest in the field.

More than $600M in venture financing has been secured by Amii alumni to date, including over $450M raised by Canadian-based companies.

Acting as the region’s AI connector, Amii works alongside the University of Alberta, various post-secondary institutions, economic development agencies and tourism authorities to advance conversations on a global stage related to Alberta’s role in scientific thought leadership in the field.

Alberta’s business and science communities have embraced Amii as their entry point to begin their AI adoption journey and find like-minded peers and collaborators to build new ventures.

As Alberta navigates the current and long-term economic impacts of the pandemic and changes in the energy market, artificial intelligence and machine learning play an important role as key strategic opportunities for long-term recovery from these crises and will accelerate the diversification of Alberta's economy.

By adopting and applying AI in their businesses, Alberta-based companies – from startups to small- and medium-sized businesses and multinational corporations – will gain a competitive advantage that can support their efforts to: