The Alberta Plan is a roadmap to a ‘grand scientific prize’: understanding intelligence

Artificial general intelligence (AGI) is one of the grand ambitions of much machine learning research — the benefits of an artificial intelligence agent that can learn and understand tasks at a near-human level could transform the world as we know it. It would be one of the greatest scientific achievements of all time, argues Amii Fellow, Canada CIFAR AI Chair & Chief Scientific Advisor Rich Sutton, and will happen sooner than we might think.

"Understanding intelligence is a grand scientific prize that may soon be within reach," Sutton told a packed auditorium at one of the University of Alberta’s Tea Time Talks this summer. "The Alberta Plan is a direct run at this great prize."

The Alberta plan is a twelve-stage outline of how to reach this momentous goal developed alongside Amii Fellows and CIFAR Canada AI Chairs Michael Bowling and Patrick Pilarski. All three are also researchers with the University of Alberta, as well as DeepMind’s Edmonton office

It's a step that Sutton says is not far off. The cost of computing continues to drop exponentially, and he thinks the chances of someone being able to create an AI “not unlike human beings by 2030 is about one in four." And for every year past that, the chances go up dramatically - a result of computing power becoming cheaper every year. Sutton believes the work underway in Alberta could play a key role in advancing the development of AGI.

The first step to truly understanding intelligence is deciding what exactly is an intelligent decision maker. Sutton remarks that many different fields in science and social science study how a decision-maker chooses what to do. In artificial intelligence, that might be an algorithm; in psychology, it might be a person; in economics, it could be a central bank. Sutton says the language of the disciplines might be wildly different, but there are fundamental elements that these decision-makers share.

Defining those key elements is the first step toward AGI — then comes the work of designing an artificial agent that can use them effectively in a complex, ever-changing environment.

The motivation of the plan is to work towards artificial intelligence that can build strong abstractions of its environment, its goals and its options to achieve those goals: an intelligence that doesn't just solve problems, but that poses its own problems and formulate its own ideas of how to tackle them.

Any attempt at an artificial generalized intelligence will need to contend with what is called the Big World Problem. Simply put, the real world will always be more complex and vast than any intelligence within it. No matter how sophisticated an artificial general intelligence is, it is never going to be able to fully understand its environment. Just like a human being, an AGI will only ever be able to make an approximation of the world around it and of the best action to take in any given situation.

On top of that, the world doesn't hold still. Things are always changing, and what works today might not be effective tomorrow. So the key to developing AGI, Sutton says, is creating an intelligence that can have a good understanding of the environment it is working in with imperfect information and adapt to changes quickly.

That's why he describes the Alberta Plan as a retreat. The best chance at cracking the AGI riddle is to isolate the problems in their simplest settings and try to solve them there. The Alberta Plan outlines 12 steps that will return to the foundations of reinforcement learning, revamping them to deal with a complex world.

According to Sutton, doing so will require a particular emphasis on two things: continual learning and meta-learning. 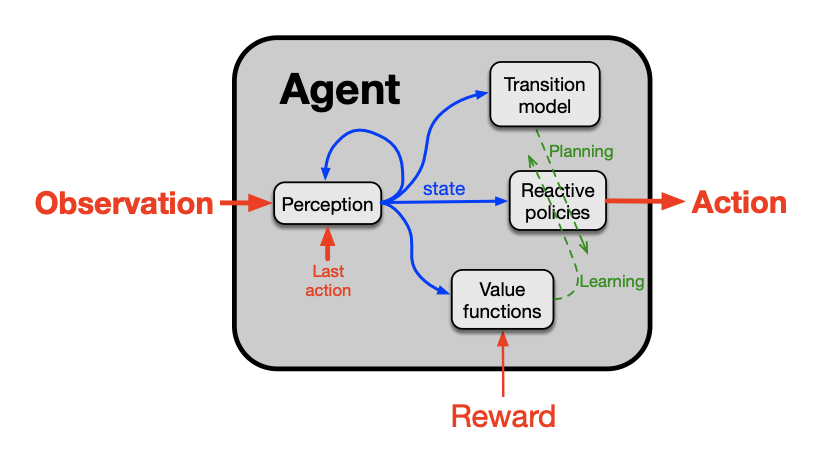 Continual learning means that an AGI must incorporate new information into its understanding of the world without much downtime. Think of how a natural intelligence, like a human being, deals with the world. A person can't pause the rest of the world every time they encounter something new. Instead, we learn on the fly. An AGI has to be able to do the same thing.

Meta-learning, or learning how to learn better, is another element that comes naturally to humans and animals and would need to be a part of a successful artificial general intelligence. Over the course of our lives, human beings build experience in how to deal with new situations. Even if faced with a problem we've never dealt with before, rarely are we starting from scratch. Instead, we've built up a wealth of rules, strategies and shortcuts that give us a headstart when faced with a new problem. Sutton says that meta-learning has to be a fundamental building block of any attempt to achieve AGI.

Both of these elements form "the seed of the Alberta Plan," Sutton says. The roadmap lays out further steps that would build upon that work, leading to the final goal: a fuller understanding of how a general artificial intelligence should handle the complexities of the real world.

"I think it is a giant step. It's comparable to the rise of life on our planet,” he said. “It's the point where life can make more life, not through reproduction, but through design."

For a more detailed discussion of the twelve stages of the Alberta Plan, be sure to watch the full video of Sutton’s presentation.