Together with the University of Alberta (UAlberta) and Simon Fraser University, Amii is pleased to welcome four new Canada CIFAR AI (CCAI) Chairs to our family! Congratulations to Angel Chang, Alona Fyshe, Martha White and James Wright as they join a rapidly growing community of world-leading researchers in Canada.

Check out the following post from our friends at UAlberta’s Faculty of Science (with some additions from our team) and learn more about the brilliant researchers who are helping to drive the future of machine intelligence.

From helping humans make better decisions informed by machine intelligence models to building better computers using human brain models, the future has never looked brighter for AI’s influence in society. The slow but steady build of the critical mass of Edmonton’s artificial intelligence brainpower on the global scene has tipped into an explosion in Canadians’ consciousness.

So how do you draw some of the world’s most in-demand minds to a landlocked winter city and keep them here past the first blizzard?

Designed to attract and retain the brains behind the drive to integrate AI into sustainable solutions for our increasingly data-driven society, the first cohort of the Canada CIFAR AI Chairs was announced this morning in Montreal. The illustrious list includes four promising early-career researchers at Amii.

Meet the new chairs supported by Amii, three of whom are assistant professors in the UAlberta’s Faculty of Science, who will collectively receive roughly $3M over the next five years to support their research: 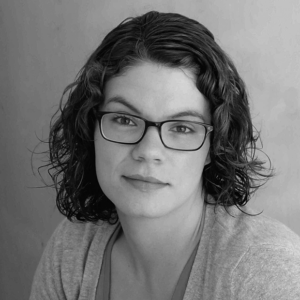 What is the best way to improve computers? Study humans, said Alona Fyshe, assistant professor cross-appointed between the Departments of Computing Science and Psychology and Amii fellow. Fyshe applies her expertise in machine learning to brain imaging data, with the purpose of understanding how humans create meaning and use that meaning to make inferences about the world around them.

“What I try to figure out is how we go from words on a page, or pixels on a screen, to higher order meaning,” explained Fyshe. “Right now, computers aren’t very good at that. I’m interested in studying how people make meaning in order to improve how computers do the same thing.”

Fyshe, a UAlberta alumna, returns to her alma mater after time spent on faculty at the University of Victoria and Google. She completed graduate studies with University of Alberta professors Paul Lu, Duane Szafron, and renowned AI researcher and Amii fellow Russ Greiner, whose research drives progress in the field of precision health.

Fundamental research that’s anything but basic 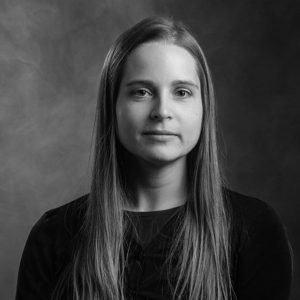 How do you help humans make better decisions? You turn a bunch of raw data into complex models that generate accurate predictions. But how exactly do you tackle that technical task? Enter Martha White, Amii fellow and assistant professor in the Department of Computing Science, whose research is dedicated to fundamental algorithms using artificial intelligence and machine learning.

“It’s about supporting humans in making better decisions,” said White of artificial intelligence and machine learning. “AI isn’t scary. It’s just helpful. I’m excited about answering the interesting questions we’ve had all along in AI. How do we get our agents to explore well, and how do we build good representations of the world? People are excited, which means we now have more access to students and to data and computational resources.”

White, also a graduate of UAlberta, completed her graduate studies with UAlberta professor and Amii fellow Michael Bowling, known for his landmark work with computer poker research and as a research scientist with DeepMind, as well as Dale Schuurmans (UAlberta professor and Amii fellow), a highly influential mind in the AI world. White returned to her alma mater following a professorial position at Indiana State University. 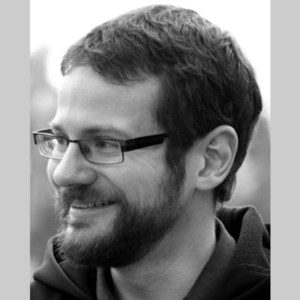 Why would you look to game theory to better understand how humans make choices? That is the question driving James Wright’s research, one that sees him constructing data-driven models to improve the effectiveness of real systems by accurately predicting human decision making.

“Agents that interact with people in strategic systems will do a much better job if they can predict how people will react,” said Wright, assistant professor in the Department of Computing Science. “Similarly, a policy will achieve its goals more effectively when it takes into account how people will respond to policy. When new policies have unintended consequences, it’s often because they were designed without thinking about these kinds of strategic questions.”

Wright returned to Canada following time spent as a postdoctoral researcher at the Microsoft Research Lab in New York City, joining the computing scientists at UAlberta and contributing to Edmonton’s world-class power on the AI stage.

How can we help humans and computers better work together? If you’re Angel Chang, CCAI Chair at Amii and incoming assistant professor in the School of Computing Science at Simon Fraser University, you develop ways of using language to help computers understand and interact with our everyday world.

“I’m interested in developing AI that has a more robust and human-relatable understanding of our world,” says Chang. “My work – at the intersection of natural language understanding, computer graphics and AI – explores the representation and acquisition of common sense knowledge and how the semantics of shapes and scenes can be used to connect language to visual and 3D representations of the world.”

Chang, who received her PhD in Computer Science from Stanford University under the supervision of Chris Manning, will be joining Simon Fraser University in 2019. She is currently a research scientist at Eloquent Labs working on developing conversational AI that can understand and assist people. Previously, she was a postdoctoral scholar at Princeton University where she developed large-scale 3D datasets for deep learning and 3D scene understanding.

In 2017, CIFAR was chosen by the federal government to lead the $125M Pan-Canadian Artificial Intelligence Strategy in collaboration with artificial intelligence research centres in Edmonton (Amii), Montreal (Mila), and Toronto (Vector Institute). Support for these new chairs—including 29 across Canada—is part of a larger strategy including training opportunities, research funding, and workshops on the societal implications of AI designed to build on Canadian leadership in artificial intelligence.