Amii and the University of Alberta (UAlberta) are pleased to welcome five new Canada CIFAR Chairs in AI to our family! Congratulations to Rupam Mahmood, Lili Mou, Nathan Sturtevant, Csaba Szepesvári and Adam White as they join a rapidly growing community of world-leading researchers in Canada.

The prestigious Canada CIFAR AI Chairs program, funded by the Federal government with $86.5 million over five years, provides researchers with long-term, dedicated research funding to support their research programs and help them to train the next generation of AI leaders. The program is part of the $125 million Pan-Canadian AI Strategy, which was launched in March 2017 and recognized Edmonton for its strengths in artificial intelligence and machine learning.

Discover more about the brilliant researchers who are helping to drive the future of machine intelligence below:

Developing robots for the real world 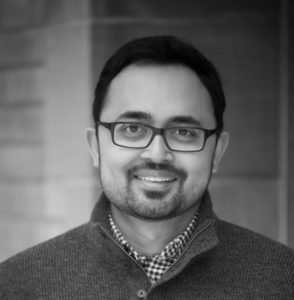 Rupam Mahmood; Amii Fellow and Assistant Professor at the University of Alberta, Director of RLAI

Rupam Mahmood’s research goal is to develop AI mechanisms for continually improving robot minds. He is taking steps toward this goal with his work on reinforcement learning methods designed for real-world robots.

Mahmood sees the future of robotics in devising general learning mechanisms that can be deployed in many different robots for performing many different tasks. Following his doctoral studies, Rupam worked for the startup Kindred AI. With his team, Rupam developed a robot learning platform for performing six different tasks on three different robot bodies – distinguishing it from traditional robotic solutions designed for one robot to do one task.

Developing real-time learning systems for controlling robots has unique challenges. The constraints of a simulated world are much more relaxed than the constraints of the real world — the unstoppable nature of time being the most significant difference.

Mahmood is a UAlberta alumnus and recently joined UAlberta as an assistant professor and an Amii Fellow. He is also the current Director of RLAI. During his doctoral studies, he was advised by Professor Richard Sutton, who is also a Distinguished Research Scientist at DeepMind, an Amii Fellow, and widely regarded as the pioneer of reinforcement learning. 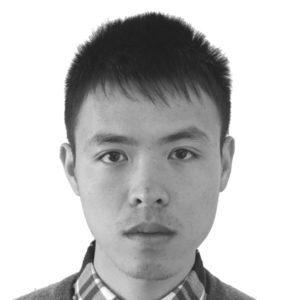 Imagine if a program were able to summarize a longform article into a few sentences. Or pick up on the sentiment of a text message. Lili Mou’s work with deep learning applied to natural language processing pushes towards this future.

“I think that natural language is the interface between computers and humans,” says Mou. “If we can communicate, computers can make our day-to-day lives much easier.”

We already see a version of this in the digital assistants on our phone. Currently, they are only equipped to handle simple tasks, and are unable to handle requests that require context or tonal recognition. Mou envisions a future where we would be able to have this type of two-way conversation with intelligent systems.

Mou is the inaugural recipient of the AltaML Professorship in Natural Language Processing, and recently joined UAlberta as an assistant professor following graduate studies at Peking University and a postdoctoral fellowship at the University of Waterloo.

Revolutionizing the field of search 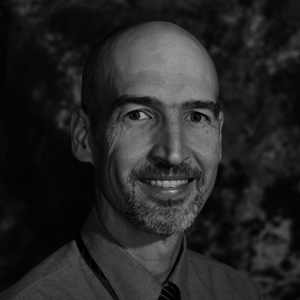 Nathan Sturtevant, Amii Fellow and Professor at the University of Alberta

Nathan Sturtevant is going back in time to improve the field of search, while also pushing forward into the frontier of the field.

What is search? Imagine that you’re encountering a game of Tic Tac Toe for the first time. As you’re sitting at the board, you’re thinking of the moves you could make, and what the results might be — effectively, search is planning out the process of the moves one could make to complete a goal.

“We’ve achieved milestone results over the last couple of years, introducing new algorithms which are fundamental breakthroughs in our understanding of search,” says Sturtevant.

Sturtevant has spent time improving algorithms from decades-old areas of the field, such as bidirectional search and suboptimal search. Meanwhile, he is also on the leading edge of the field. He is currently working on using machine learning to summarize incredibly large datasets with enough detail that one could still apply search algorithms to the dataset and get quality results.

Sturtevant completed his MSc and PhD from UCLA and his BSc from UC Berkeley. He completed his postdoctoral fellowship at UAlberta in 2008, and returned as a professor in 2018 following a professorship at theUniversity of Denver. He runs the Moving AI Lab, co-located between the two universities. 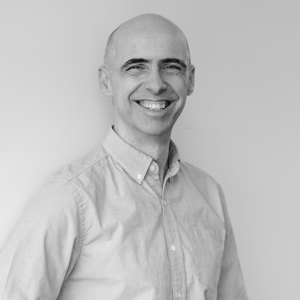 Csaba Szepesvári; Amii Fellow and Professor at the University of Alberta, Research Scientist at DeepMind

Through his work, he both designs new algorithms and builds on other research by indicating strengths and weaknesses of existing algorithms, as well as the situations where they might best be used. He tests these ideas and algorithms theoretically, rather than experimentally. And the best of these theoretical ideas often lead to significant practical algorithmic advances.

This is well exemplified by the Upper Confidence bounds applied to Trees (UCT) algorithm. Szepesvári co-developed this algorithm, which addressed a flaw in previous iterations of the Monte Carlo tree search. The UCT algorithm has been applied widely since and is at the heart of many recent advancements in games research, including AlphaGo.

“My hope is that my work will also help other researchers with their work — by pointing them in the right direction, and producing research that they can build and explore with,” explains Szepesvári.

Szepesvári recently returned to Edmonton and UAlberta from a leave at the Deepmind UK office; he continues to head DeepMind’s Foundations Team. He completed his doctoral studies at Jozsef Attila University, now integrated with the University of Szeged. 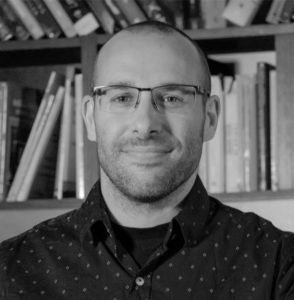 Adam White; Amii Fellow and Professor at the University of Alberta, Senior Research Scientist at DeepMind

Can intelligent systems develop common-sense knowledge about the world around it? Adam White’s research explores this question, focusing on systems which learn through self-supervised, trial-and-error interaction.

“Children learn how their limbs work, how to manipulate objects, and all kinds of simple facts about the world by simply trying things and observing the outcomes,” explains White. “I want to build simulated and robotic learning systems that learn for weeks and months—similar to human babies and animals—coming to understand the world, and building on previous learning to understand more complex things and achieve goals.”

In order to successfully build learning systems that can learn in the physical world with limited experience, White’s group is currently focusing on improving representation learning, exploration, and planning.

White is a UAlberta alumnus, returning to his alma mater in 2017 after working as a postdoc and Research Scientist at Indiana University. During his doctoral studies, he was advised by Distinguished Research Scientist at DeepMind and Amii Fellow Richard Sutton, widely regarded as the pioneer of reinforcement learning.

In 2017, CIFAR was chosen by the federal government to lead the $125M Pan-Canadian Artificial Intelligence Strategy in collaboration with artificial intelligence research centres in Edmonton (Amii), Montreal (Mila), and Toronto (Vector Institute). The newly named Canada CIFAR AI Chairs come from universities all across Canada.

Edmonton’s history of global AI dominance
The University of Alberta launched Canada’s first computing science department, dating back to 1964. Recent events—including the announcement of DeepMind’s first international research laboratory—have truly cemented Edmonton’s excellence on the global map. According to the acclaimed CS Rankings, UAlberta ranks within the top five in the world for artificial intelligence and machine learning research.